If you read The Economist, you probably read its insightful coverage in the August 25th to 31st issue on the arrest of musician turned politician Bobi Wine. The 36-year-old Ugandan, whose real name is Robert Kyagulanyi SSentamu, committed the crime of original thought. Officially he's charged with treason. In a country bereft with bush wars where people die so young that the median age of the country's residents is 16, Wine advocates peace, freedom and employment opportunities.

He began his musical career emulating the topics of American hip hop - fast cars and hot chicks. He turned his career toward more important topics though, using it as a catalyst to support the political opposition to current Ugandan President Yoweri Museveni, 74, an aging leader with little understanding of the problems faced by the majority of the country - unemployed youth wanting opportunities to earn and feed themselves and their families.

"Where is my freedom of expression? When you charge me because of my expression?" ~ Bobi Wine, lyrics from "Freedom"

Don't get fooled by statistics that claim a low rate of unemployment for the country. The majority of its 41.49 million residents engage in subsidence agriculture, meaning they grow enough food to feed themselves. According to the US Embassy, its 2013 unemployment rate was 9.4 percent, but 72 percent of its population claims agriculture as their work.

In the same year, a little more than 7.3 million of that population fell between the ages of 15 to 24. The unemployment rate for the 15 to 24-year-old age group is 83 percent. According to Ugandan Youth Statistics, 77 percent of its population is 30 years old or younger.

If you read of the government's growing fear of Wine, you're reminded of others from history who challenged the status quo of their countries. He's a bit Che and a bit Marley, openly challenging the way of thinking that force and warfare can bring order to the country, openly smoking weed and using music to spread a political message. His politics differ from both, but you can see the parallels of greater thought. Che Guevara favored overthrow of any government that amounted to an empire out of touch with its people. While he resorted to guerilla warfare, he also advocated social justice, also a Marley trait. Bob Marley filled his music with political messages and authored some of the best-known protest songs. His lyrics, "Get up, stand up! Stand up for your rights!" remind one of Wine's current situation - arrested, beaten by soldiers so that he could not walk without help when he appeared in court.

How fearful has Uganda become of its recently elected independent parliament member? It tried to assassinate him but killed his driver instead. It occurred when both he and Museveni were in Arua for a by-election. Members of the crowd threw stones at the Museveni vehicles. In the ensuing diversion, a gunman fired on Wine's vehicle, missing him but not his driver.

What subversion has Wine wrought for this? You can listen to his main anthem online. It's called "Freedom." It's banned in his home country of Uganda.
Labels: Bobi Wine employment music politics protest social justice Uganda unemployment youth 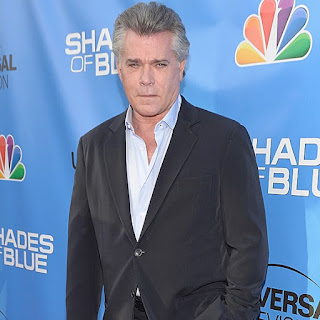 AirBnB: The Rise of the Micro Bed and Breakfast for Everyday Travel

Carlie Lawson
Carlie Lawson writes about tech, mobile and online video, entertainment, sports and fashion. She wrote for JollyJo.tv and Movitly for a combined seven years. A former newspaper journalist, she now mostly ghost writes. Invalid Inputs is her first independent, formal blog. She earned BAs in Journalism and Film & Video Studies from the University of Oklahoma. She also earned her Master of Regional & City Planning at OU. She has also worked as a model since she was 17.